Yesterday, at the Rocky Mount Goodwill, I found a like-new throw for $4. My cat Tanner liked it, maybe because the colors coordinated well with his fur. 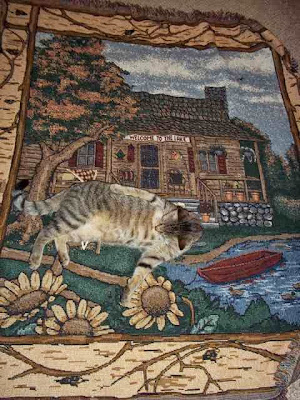 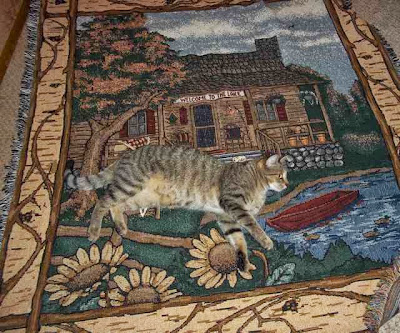 If you look on the cabin steps, you can see a little cat. 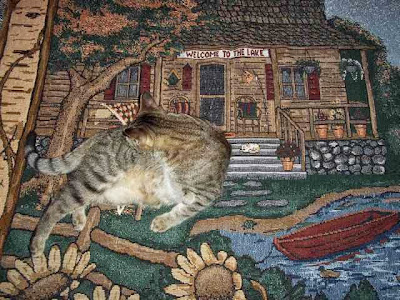 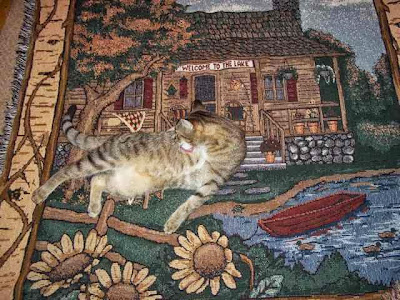 I'm not sure what the throw originally cost, but it was well woven and in mint condition. I'm pretty sure it originally sold for lots more than $4.

I also bought this tiny cat trinket holder for 50¢. Tanner wasn't interested in it, though. He doesn't own any trinkets. 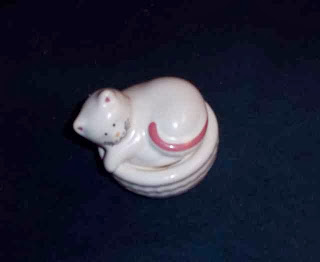 Note: Tanner was rescued from the Penhook dumpster back in March. I used Planned Pethood's "Happy Kitty" $ 99 special for his neutering and shots, so he was kind of a bargain, too.

I was looking for a vintage Emerson Creek Pottery piece when I literally stumbled onto your blog. I love your cat on the throw. Reminds me of
http://fatcatart.com/gallery/?lang=en

Thanks for the fun!
Janet