My husband found a cast iron pan at Goodwill. Here's the "up" side, with heart-shaped indentations for batter . . . 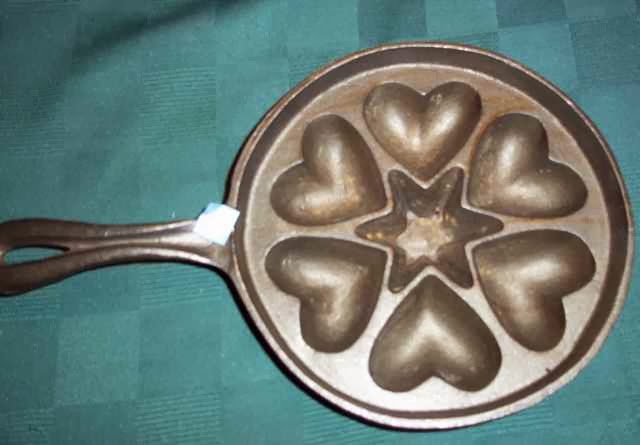 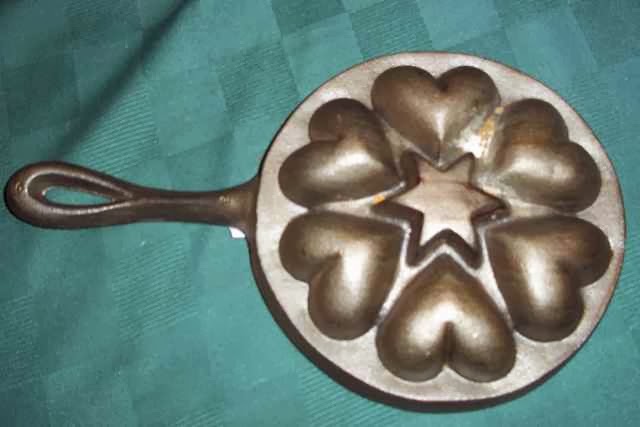 There's a bit of rust, but the pan looks like it hasn't been used. At least it was never seasoned. Did he get a good deal for $1.95?

I Googled a bit and found a bunch of cast iron corn muffin pans. This one didn't have a handle, but it was $7:

This one matches, but it had already been sold on eBay. I don't know what the price was. 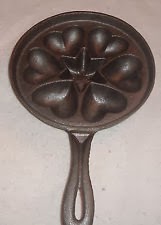 Finally I found this heading, which lead me to another picture: 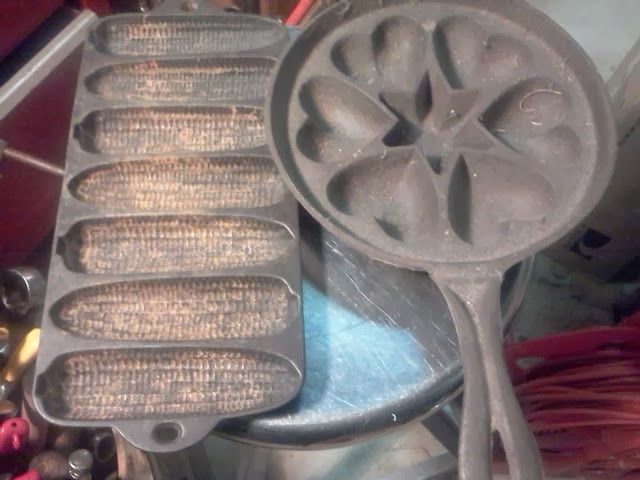 How much was it? Here's the asking price: 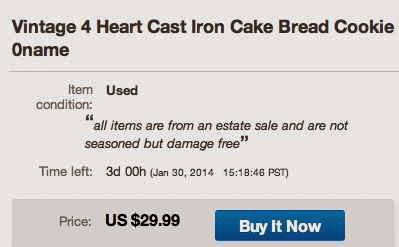 Looks like he got a pretty good deal. Or I did—he gave it to me.
~